Loddon Campaspe Multicultural Services is an incorporated association governed by a voluntary Board of Directors, which is formed of ordinary members and office bearers. Our local Directors come from an array of ethnicities and lived experiences and bring a wide variety of expertise and skills, in areas including community engagement and development, business management, finance, risk, legal, HR and people management, education, communications, and governance.

The Board is driven to ensure strategy is carried out to align with the organisation’s purpose whilst overseeing a framework for how the organisation works with and empowers the multicultural community in the region.

Together they are deeply committed to improving the lives of migrants and refugees settling in thriving Central Victoria. 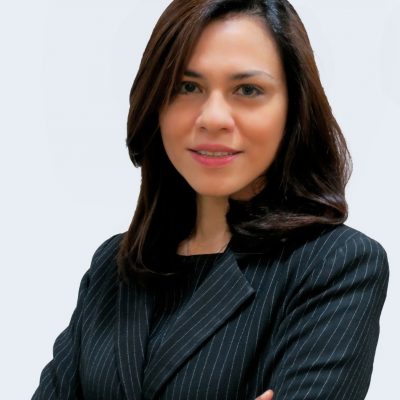 Thaera has more than 20 years of experience teaching, training, research, cross-cultural intelligence, and managing projects in the higher education sector. In a broad range of geographical locations, she has held senior management positions and academic positions. The combination of her skills and experience allows her to contribute significantly to organizations on many levels.

Prior to joining the higher education industry, she was Public Relations practitioner in the education, consulting, and hospitality sectors. During her career as a Public Relations consultant, she worked with a range of well-known international brands including Volvo, Philips, and Smith Kline, among others.

Throughout her career, she has had significant experience with non-profit organisations. In addition to her involvement in several multicultural women's organizations and communities, she has also produced many public educational programs on gender issues. She is a qualified trainer and committed advocate for gender equality in multicultural societies. As an adult immigrant, Thaera understands the challenges faced by CALD people in Australia.

Most recently, she completed a PhD at Otago University in New Zealand. Her area of research was media representation of women. She has received academic awards for her work. 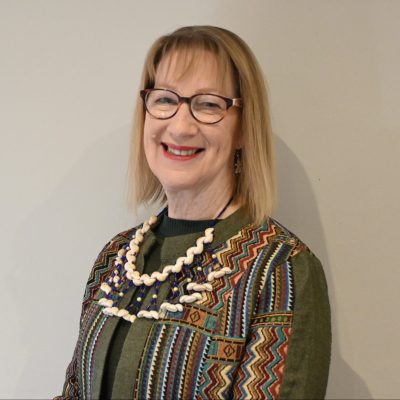 Graduate Certificate of Teaching English to Speakers of Other Languages (TESOL), Bachelor of Teaching (Primary)

Merrilyn has more than 25 years’ experience in the education sector where she has worked with indigenous, refugee and migrant students. Her experience in designing programs to deliver curriculum to students and inform staff have been effective in developing cultural understandings and inclusion within the sectors in which she works.

Following her time as a mainstream teacher, Merrilyn took a career changing direction by working in Papua New Guinea where she mentored indigenous staff to build their teacher capacity. She was accepted into the local community where she worked alongside the staff fighting for their rights and conditions and supporting them as they fought against domestic violence abuse.

On her return to Australia, Merrilyn became one of the founding staff at the Mildura English Language Centre (MELC) which supports newly arrived refugee and migrant students through trauma informed practice.

In 2017, Merrilyn brought her skills to schools in Bendigo. In 2019, through peer nomination, Merrilyn received a ‘Highly Commended – School Education’ excellence award as part of the Victorian Multicultural Commission excellence award program.

The LCMS’ board and executive’s role is to oversee that strong governance practices are adhered to while implementing the 2022-2025 Strategic Plan where LCMS is known as a Welcoming, Embracing and Thriving organisation that represents all cultures and people across the Loddon Campaspe Region. 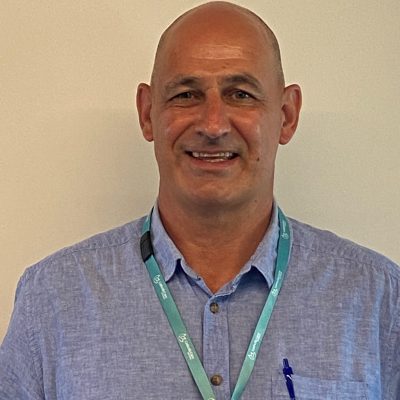 Peter was appointed to the Loddon Campaspe Multicultural Services (LCMS) Advisory Board in mid-2021 year.

He obtained Bachelor of Business (Accounting) credentials from Latrobe University in 1992 and since 1997 he has held Certified Practising Accountant (CPA) status.

Peter has enjoyed a 30-year career as a finance professional in a variety of roles and for approximately three quarters of that period he has been employed in not-for-profit organisations, state government service authorities and tax-exempt bodies. A significant proportion of his roles have also incorporated wider corporate services responsibilities, including human resources, information technology, payroll services, contract and grants management, insurance and risk, commercial leases, procurement, occupational health and safety, facilities management, fleet management and reception services.

He is a committed volunteer with advisory roles not only with LCMS but with the Sandhurst Football Netball Club in the Bendigo FNL, where he fills the role of Treasurer. He is, above all else, a committed family man to wife Denise and their three children and three grandchildren.

Peter brings to the LCMS Board skills in financial management and business acumen plus a passion for team-oriented outcomes, customer service, stakeholder engagement and meaningful support to the operational personnel. 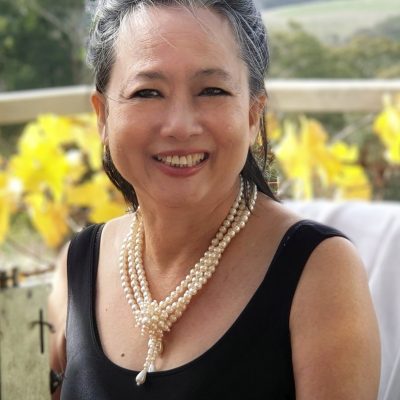 Ginny is a passionate advocate for migrant women, social justice and the environment.

Born to Chinese immigrant parents in Malaysia, she migrated to Australia as a young student.

Ginny graduated from Monash in B. Eco from Monash University and obtained her CPA qualification shortly after graduation.
Ginny has worked as an accountant in Australia and New Zealand. She also co-founded an educational software company with her husband and grew it to a mid-size company exporting to 45 countries before selling the company and embarking on an early retirement before coming back from retirement and back into the workforce.

Her broad experience covers working in organisations ranging from small businesses to large organisations, like General Motors and Monash University.

Ginny is multi-skilled and has worked in diverse industries ranging from property investment companies, finance companies, retail, software and as a system accountant in Russell Kennedy to working in the University sector and is now currently the Regional Growth Manager for SisterWorks.

Ginny was also a lecturer in accounting to international students at Monash.

Ginny came from a background with limited opportunities for education and understands the importance of education and how education is key to overcoming the bias and disadvantages faced by women.

Ginny has been involved with migrant issues since a young child when the first wave of Vietnamese refugees landed in Malaysia.

When Ginny became an adoptive mum to two beautiful girls, she decided to devote her time to the children as well as embarking on the journey of being a home builder. During that time, she travelled with her family around the world for 4-6 months periods whilst home schooling her children on the road around Europe.

Ginny decided to come out of retirement and resumed her career when the kids are more independent by starting work with SisterWorks in 2020 and involved herself in causes that she is passionate about.

As a full time mum, Ginny was the founding member of Boomerang Bags Castlemaine and Surrounds.

Ginny was and is still an active contributor to many community projects.

Ginny is currently working for SisterWorks, Regional People of Colour and for SBS as a podcast producer.

She is currently also the Regional Advisor for the Victorian Multicultural Commission and a Board Member for Loddon Mallee Multicultural Services. 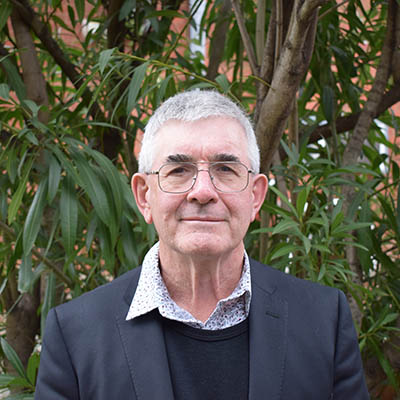 John was born in Moonee Ponds to an Australian father and Australian-born Italian mother. He grew up in regional Victoria and western Melbourne and he lived and worked in Canberra and Northern NSW before moving to Bendigo in 1995 with his wife and children.

John had a 40 year career in the Armed Forces and in Commonwealth Public Service that encompassed roles in personnel management, organisational design, resource modelling and management, policy development, indigenous and migrant services, community development and the delivery of community services. He was a Director of Haven Home Safe housing and homelessness service for 16 years, including a period as Chair, and has been Chair of CatholicCare Sandhurst since 2017. He joined the Board of Loddon Campaspe Community Services in June 2019.

John has a Bachelor of Arts degree from the University of Melbourne and is a member of the Australian Institute of Company Directors. 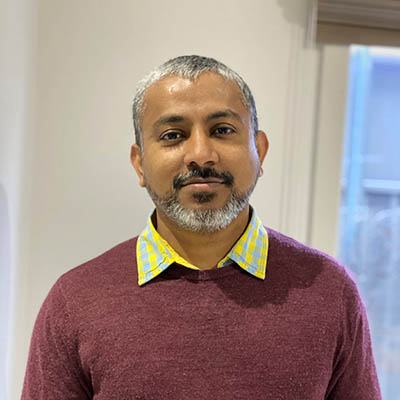 Joby is a migrant himself, born and brought up in Kerala, India, and educated and employed in the UK, New Zealand, and Australia.

Joby has been working with the vulnerable section of the society from diverse cultures for the past nine years and is passionate about helping others and has a strong personal understanding of diversity and cultural values. Joby’s experience in working in the government sector with vulnerable children and families has shaped his outlook on life and value system.

Joby is part of a growing Indian community from Kerala in Bendigo and is a member of the Victorian Multicultural Commission’s Regional Advisory Council. Joby lives with his wife and two children in Bendigo and joined the board in July 2020. 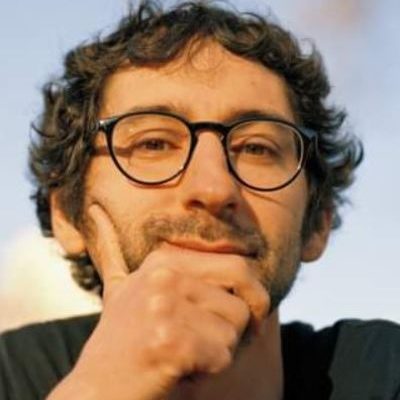 Bruno was borne in France in a multicultural family of political refugees from Romania. Bruno grew up in a very multicultural area of Paris and really enjoyed learning about new cultural references and traditions and sharing this with friends and neighbours. Over the years this helped to develop ideals and aspirations of social justice and human rights. Bruno later moved to Tasmania to undertake a doctorate in transport geography and worked for the Federal government and the CRC for Remote Economic Participation coordinating the Transport Futures research program on sustainable transport systems for very remote communities. Bruno is currently involved in a range of world leading sustainable mobility professional networks and works for the Department of Transport in Victoria managing walking and cycling projects and with the Department of Transport’s Culturally and Linguistically Diverse Steering Committee.

Inspired by his wife Robyn who worked for Loddon Campaspe Multicultural Services from 2015 to 2021 Bruno has been volunteering as an Intercultural Ambassador for the City of Greater Bendigo, and the Board of LCMS facilitating regular community forums and providing leadership support for a wide range of programs and events fostering intercultural links, inclusiveness and harmony. Robyn and Bruno and their three wonderful children Héloïse, Emmanuel and Ileana particularly enjoy getting involved in community events in Bendigo, share cultural insights and create and maintain positive connections. 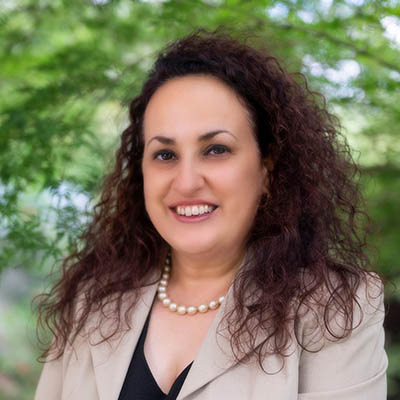 Sonia is the daughter of Italian migrants, who migrated to Australia in the 1950s.

She is a human rights lawyer and solicitor and has set up a legal aid project in the camps of Khartoum, Sudan; set up a human rights project in Pakistan for Afghan widowed refugee women and their children; worked as a Resettlement Consultant for UNHCR in Lebanon; worked for a child labour rights NGO in India for the 2014 Nobel Peace Prize Winner Kailash Satyarthi; and as a refugee lawyer in Australia.

Her most recent roles include Deputy CEO of a disability advocacy NGO in the ACT; CEO of a domestic violence NGO in the ACT; and Deputy Chair of the ACT Ministerial Advisory Council of Multicultural Affairs. Sonia is the co-author of a book relating to the memoir of an Indian woman who contracted HIV in an arranged marriage. ​

Our Programs During Covid-19